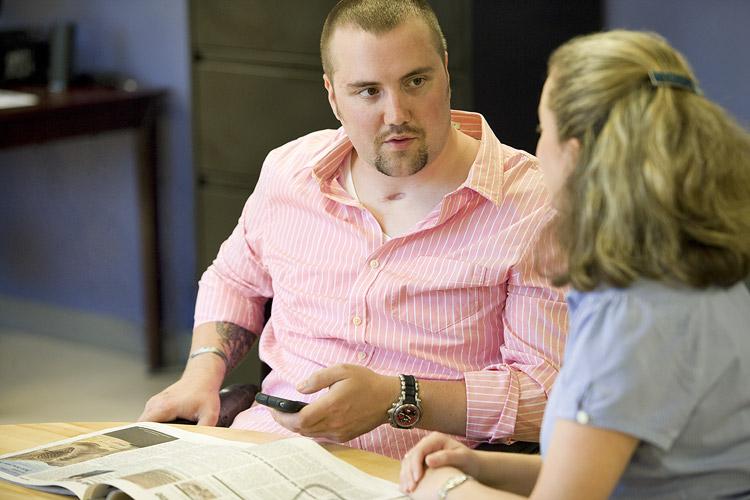 Traumatic Brain Injury (TBI) may happen from a blow or jolt to the head or an object penetrating the brain. When the brain is injured, the person can experience a change in consciousness that can range from becoming disoriented and confused to slipping into a coma. The person might also have a loss of memory for the time immediately before or after the event that caused the injury.  Not all injuries to the head result in a TBI.

How Does TBI Happen?

TBI can come from:


Who suffers a TBI?

Males outnumber females by at least 2:1 in frequency of TBIs. Individuals between the ages of 0 to 4 and those 15 to 19 are at high risk for TBI, as are the elderly. Individuals who abuse substances are also at increased risk for TBI.

TBI resulting from blast injury occurs rather frequently in the military engaged in active combat in Iraq and Afghanistan.

How severe is a TBI?

Severity of the TBI is determined at the time of the injury and is based on:

Severity of TBI is a continuum and the particular classification used to designate a person as having mild, moderate or severe injury can be somewhat arbitrary.  The severity level has prognostic value, in the sense that persons with more severe TBI tend to have more difficulty making complete recovery. However, it does not necessarily define the person's likelihood of recovery.

What are the consequences of TBI?

TBI can cause a number of difficulties for the person who is injured. This can include physical changes, changes in the person’s behavior, or problems with their thinking skills. After an injury, a number of symptoms might be noted including headaches, dizziness/problems walking, fatigue, irritability, memory problems and problems paying attention. These changes are often related to how severe the brain injury was at the time of injury.

Where can I get care for TBI?

The Veterans Health Administration has a Polytrauma System of Care to treat and care for Veterans with TBI alone or in combination with other injuries and health conditions.
Depending on their health care needs, Veterans with TBI can receive treatment at one of the specialized rehabilitation programs in the Polytrauma System of Care, or they can seek treatment through their local VA Medical Center or community healthcare providers.

Treatments for TBI focus on the symptoms that cause most problems in everyday life. These can include:

Get help from Veterans Crisis Line

If you are in crisis or having thoughts of suicide, visit VeteransCrisisLine.net for more resources.